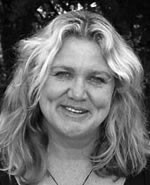 Fiona Whyte was a widely-exhibited Auckland, New Zealand artist whose paintings and sculptures are held in private collections world-wide.

Her acrylic on canvas works are cheerful, naive and vital, and capture perfectly the essence of New Zealand's coast and Auckland's cityscapes. Simplified forms, vivid colours and bold outlines depict visions of a less complicated lifestyle, but with overtones of sophistication. Every building, plant or environment has its own personality.

An established artist for 20 years, Fiona moved from Auckland in 1999 to the nearby rural town of Helensville to get some of that "less complicated lifestyle" for herself. 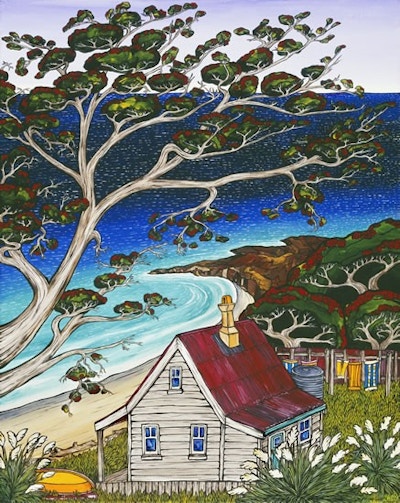 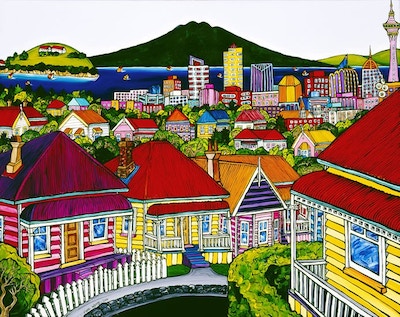 The Harbour From Ponsonby 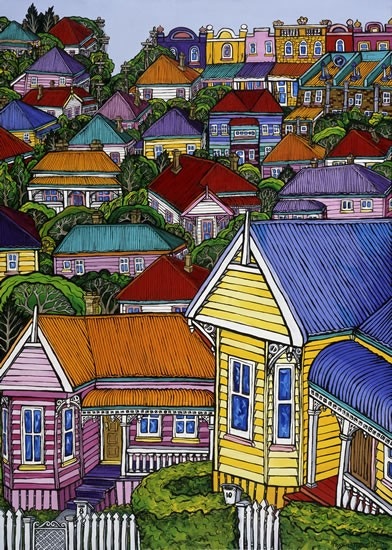 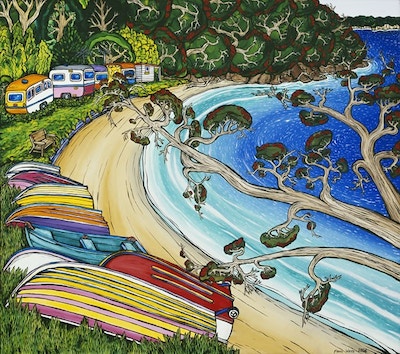 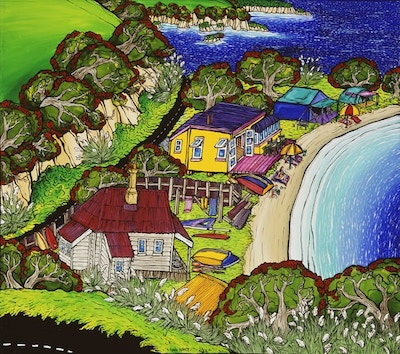 Put On Another Face 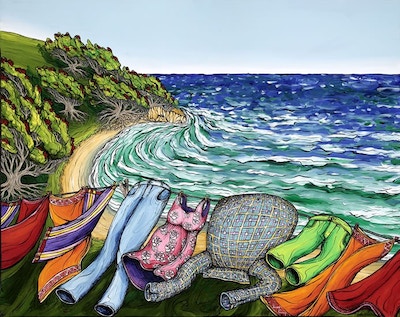 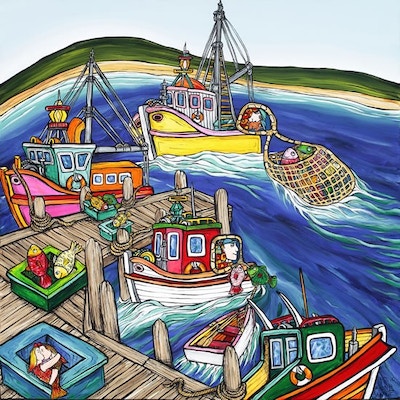 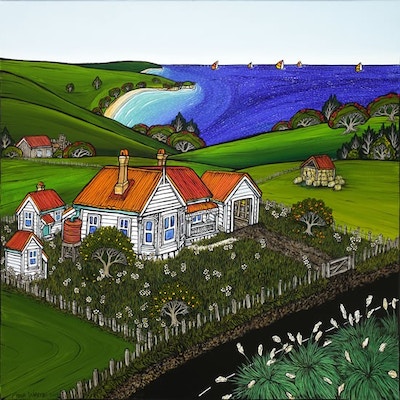 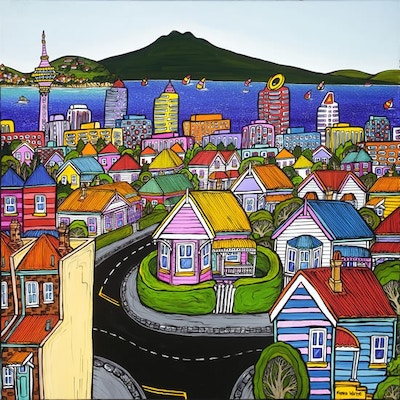 Buzzing Around Having Fun 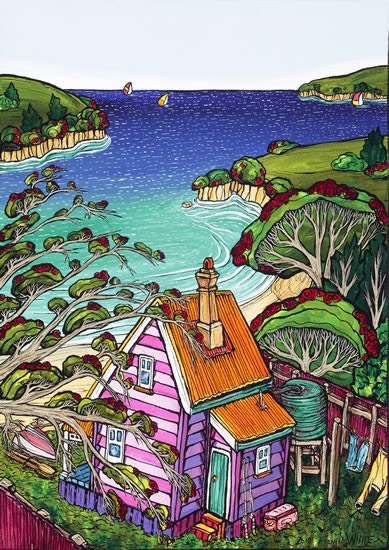